The Case for Killzone 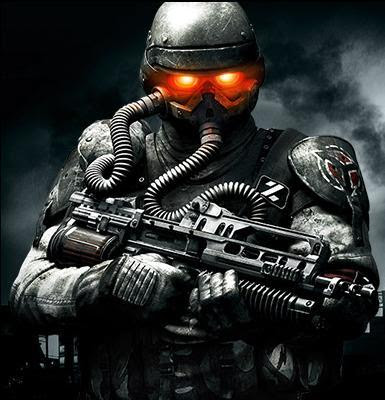 Killzone. Within the rabid fan base of videogamers, first person shooters in particular, Killzone can be a rather polarizing franchise. It was never able to shirk a certain "me too" image as Sony's PS2 answer to Microsoft's HALO. A First Person Shooter, for consoles, with smooth controls, a solid performing online multiplayer backbone, and a community to use it? HALO proved it could be done (and done with an epic story in a well developed universe) and was the one game and technical feature that any Xbox owner could hold over a Playstation user's head.

Sony enlisted Guerilla Games to develop their own sci-fi adventure to compete, to fill that feature gap. It released in 2004 to a warm reception but mixed reviews. In retrospect, the industry press has pointed to lofty expectations, hype, and an aging hardware platform serving to reenforce the presence of technical hiccups and lead others to view the game as just "trying too hard" to be cool and be like HALO.

We've seen 3 more games expand on the franchise, appearing on the Playstation Portable, and PS3. The Killzone games appearing on PS3 have seen critical success, however the attitude among many gamers are still that it's a "manufactured blockbuster"; Sony's HALO "clone" or (more appropriately now) Sony's take on Call of Duty.

The thing is that yes, Guerilla was contracted and hired to make a first person blockbuster with a a multiplayer component (as was Bungie in making HALO). But guess what. They delivered more than a cookie cutter action game and have continued to do so in spite of Sony's ever presence in trying to put a Mario Mustache on the Helghast, stamp Uncharted on it, and shove it through a HALO shaped hole. And unfortunately the prevailing attitude of many gamers alongside their resistance to change has put a governor on the commercial success they've seen.