Some buddies and myself recently finished original Hero Quest boxed set and the 14 (....14?) quests.  Even though we have access to two expansion packs, it was suggested that we try a new game.

My friend Jon visited http://boardgamegeek.com and came across a relatively new game, called "Descent: Journeys In the Dark" which is in it's 2nd edition.


It's a dungeon crawling game, in that sense, not unlike Hero Quest, but with a modular board system for board variety.  It also employs custom dice, highly detailed miniature figures, and a more advanced rule set.

I enjoyed our first game, which is designed to help you learn the rules.  It's interesting in that aspects of the rules remind me of skirmish games such as Infinity.  But additionally, it has other game mechanics similar to Advanced Dungeons & Dragons from 10-15 years ago...I believe that would have been AD&D 2nd edition.

As a matter of fact, I think they "card-ified" a lot of the character creation for quick accessibility, other than that, I imagine they really could have made it a far more customizable system.  On the other-hand, I don't think they want to directly complete with the d20/paper/pencil RPGs.  Let's call it a hybrid.

But the direction we're heading, I think I'll end up with a tube of dice and be playing some sort of legit RPG within the next year or two! 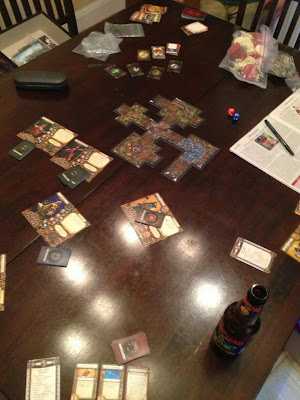 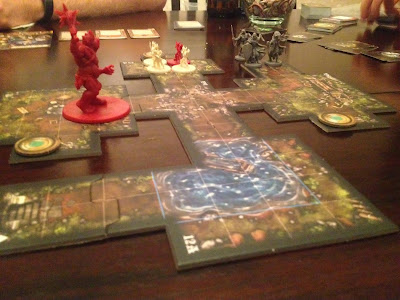 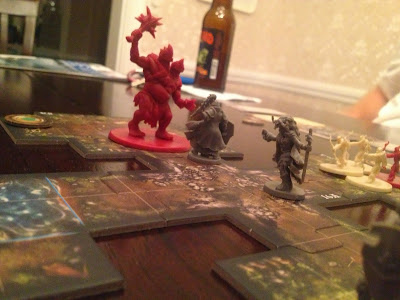 Email ThisBlogThis!Share to TwitterShare to FacebookShare to Pinterest
Labels: Misc.